Make Up Your Mind, Should I Drink Alcohol Moderately Or Not? 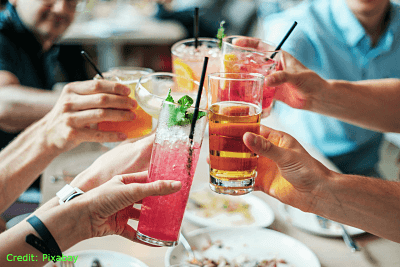 Those above the minimum drinking age, which varies with countries—21 years in the USA, enjoy different levels of alcohol. While some drink socially at little to moderate levels, others drink excessively to the extent of drunkenness.

Excessive alcohol can have an adverse negative effect.  The National Institute Of Alcohol Abuse and Alcoholism (NIH) have stated that the misuse of alcohol is the 5th risk factor to cause premature death and disability globally— important information everyone should know, and have been well discussed in various media outlets. This post, although, will not focus on the impact of excessive alcohol drinking, but will make some references to it where necessary. So, let’s move on to the issue at hand.

Various scientific studies indicate that moderate levels of alcohol can have both positive and negative effects on one’s health. This two-sided coin impact of moderate drinking is complicated that one ponders on how to go about drinking moderately to maximize the positive benefit(s).

This post will discuss some of the advantages and disadvantages of drinking moderately, and then use the pros and cons to determine if moderate alcohol drinking is really worth it. But first, before the discussion, let’s define moderate drinking, and then review the impacts, beginning with the positive benefits. 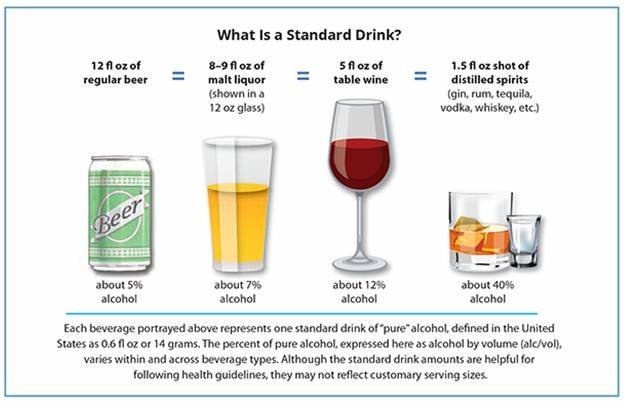 A Recent study has indicated that people, who drink moderately, that is, enjoy frequent glasses (7 or more) of wine, 3-4 days a week, are likely to have a lower risk of diabetes than those who don’t drink at all. The lower risk varies in male (27%) and female (32%). The study seems to recommend sticking to wine, as the relationship between beer and diabetes was not clear in women, and so was the relationship between spirits and diabetes in men. Over 422 million people in 2014, according to the World Health Organization (WHO), live with diabetes.

In another recent study, researchers noted that 10g of alcohol a day (equivalent to a small glass of wine) increases the risk of breast cancer in women.  The risk varies, according to the research, in premenopausal (5% increase) to postmenopausal (9% increase) women. Breast cancer is the most common form of cancer in woman, accounting for 25% of all diagnosed cancer cases— according to world cancer research fund international (wcrf) 2012 data.

A 30-year study has also linked moderate drinking (4.7- 7.1 fl oz of alcohol per week) to a decline in brain functions/ structure. This decline is said to result in a condition called hippocampal atrophy, a condition that could result in memory loss and damage to one’s spatial navigation. 8.3 fl oz of alcohol a week, for your information, is officially the acceptable level of alcohol intake for men—the official level may need to be reviewed. And by the way, excessive drinking, greater than ~10 fl oz /week, has the greatest risk of brain structure damage.

See the predicament, yet? Okay, Let’s assume for this post that moderate drinking has a high and a low limit, then one would need to be at the high limit relative to the limits of the other 2 impacts (disadvantages) to minimize the risk of diabetes. This high limit would clearly, from the studies cited, increase the chances of damage to the brain structure and breast cancer in women.  This is also assuming that other variables, like exercise and diets, which can influence one’s health positively, are not factored into this discussion.

So, is it really worth drinking moderately to alleviate diabetes and incur the risk of brain damage and breast cancer in women?

Therein lies the question: how does one drink moderately to minimize diabetes without risking an increase in brain structure damage and breast cancer in women? Until this is properly addressed, I will continue to ask the question as one who loves to indulge in a glass of wine every now and then—should I drink moderately or not?  Please, contributions relevant to addressing this question are most welcome.