Why We Should Conserve Freshwater 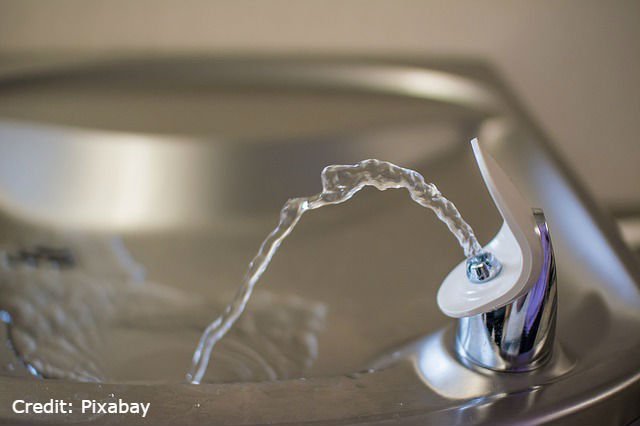 It is in our nature as human beings to take anything that is readily available for granted. And this applies to water, an essential natural resource needed to sustain life and civilization via agriculture, industrial, power generation, and domestic uses to mention these few.

Imagine if water, and in particular freshwater natural resources, is no longer available or becomes scarce, then what becomes of us? Well, the current world situation, especially with regards to freshwater scarcity, is beginning to reveal the impact of people’s irresponsible use of water like this natural resource will never get exhausted.

This post, using examples where necessary, will throw some light on why people should be more cautious about how they use freshwater because failure to conserve freshwater natural resources could mean an end to life.

The volume of fresh water on earth

Most folks, like myself, must have asked this question: why should we be bothered about conserving this nature’s gift, freshwater when 70% of the earth is covered by water? The question may sound ignorant, but it seems like a great question to ask. See, unfortunately, 70% of the water that comprise the oceans are not suitable for drinking because the water is composed of salt.

Freshwater, on the other hand, which is highly needed for life-sustaining activity is only 3% of the earth. And to make matter worse, 2% of it is locked in glaciers and ice caps, and therefore, not immediately available for drinking. This leaves, in nature, only 1% of fresh water, from the surface and underground water for drinking. And even at that, some of the water from the surface, e.g, rivers, lake and streams are really not freshwater and are contaminated. But a baffling question is that if 1% of freshwater has been available since the inception of humanity, then why has it not yet been exhausted?

This is because freshwater, as a renewable natural resource, always returns to the earth through the water cycle. But it may not return in the same water quality, quantity, and to the spot where it originated from. And hence the need for more effective conservation of freshwater natural resources.

One can easily deduce from the above statistics that freshwater is an extremely precious and renewable but limited natural resource, especially in areas of severe water shortages and droughts.

And the freshwater shortage is not getting any better with the ever exponentially increasing world population. This is placing so much demand on this meager natural resource, and in addition to that, the standard of living is also on the increase even in developing nations. And this has also placed a lot of need for freshwater use to sustain the ever-growing standard of living. Take for instance, in the USA, where about 300 million gallons of water is needed per day, now use about 400 billion gallons of water each day.

Yes, given the above major factors, freshwater, if not well conserved, will run out or become scarce especially in localities where they are most needed. A few examples of cities and places, in the world, where population growth, agriculture, industrialization, climate change, and standard of living is impacting the scarcity of fresh water are

1) Cape Town, a major city in South Africa, which is already experiencing a shortage of water.

2) Heavy freshwater use in addition to climate change is affecting the Colorado river basin natural water quality and quantity flow.

3) The growth of industries in Moscow has led to freshwater pollution, which is worrisome because 70% of the freshwater supply is from surface water.

4) The Aral Sea, which is between Kazakhstan and Uzbekistan, has had a reduction in water volume due to water diversion for agricultural purposes. This has shrunk the sea by 60% with an increase in salt content. All of these factors have affected the fishing industry.

5) Lake Chad, in West Africa, has also shrunk to one-twentieth its former size due to the dependence on the freshwater for agricultural purposes from these four countries: Chad, Niger, Nigeria, and Cameron. There is bound to be a serious freshwater/water shortage in the future if these trends continue.

1) The wise use of the limited quantity of nature’s freshwater supply in our everyday activities. The quantity of freshwater used could be stretched to last longer, for both humans and the ecosystem, through an effective conservation program.

2) It could reduce saltwater intrusion in coastal regions, which could destroy freshwater aquifers.

3) It could reduce the number of sinkholes, which could be caused by the reduction in the groundwater table as a result of drought or groundwater use.

4) It could lead to a reduction in the energy used for water distribution. For example, in California, water transfer consumes 7% of energy. The reduced energy could also lead to a reduction in carbon footprint from the conserved fuel, which in turn could lead to less pollution. Less pollution implies a healthy environment for both humans and animals.

5) It could ensure the survival of aquatic animals in pollution-free freshwater.

6) It would ensure that essential facilities like hospitals, farms, gyms, firefighters, restaurants, and even health clubs get the needed amount of water to function effectively.

7) It could help save water bill cost: using less amount of water means that water companies will charge less money for water consumption. If fresh water is not properly conserved, it could lead to rising costs and a reduction in food supplies.

8) It could help avoid political conflicts and even war. War has been fought for lands, and natural resources to mention these two. Freshwater will be no exception as communities and countries may resort to war to claim water reservoirs for agriculture and energy purposes.

1) Use of well-planned construction systems that factor in artificial recharge basins to increase groundwater recharge.

2) Stop/reduce the use of long showers

4) Improve technology to enable the desalination of salt water for use as freshwater, and also to help spot leaks

5) Identify new sources of freshwater supply that can be redirected to where they are needed. Like the Los Angeles Aqueduct that carries nearly 150 Million gallons of water per day from Sierra Nevada to Los Angeles.

7) Use of smart freshwater saving devices at home

8) Install rain gardens in the yards to recharge the groundwater. Stormwater can also be directed into recharge basins.

9) Stop insisting on lush green lawns. Use of water conserving methods like watering the lawns in the morning and evenings to converse water that could have been lost from evaporation.

10) Encourage freshwater recycling programs that can help collect water from the air. For example, researchers have developed a device capable of harvesting freshwater in “desert atmospheric condition.” The device works by converting atmospheric water, via the vapor phase, to liquid water through a condenser.

Freshwater natural resource conservation is essential for every one of us because our lives, those of posterity, and the ecosystem depend on it. This is especially as the human population and standard of living continue to increase and improve, respectively. And the climate continues to change. Freshwater, as already mentioned, is very important, and therefore, everyone should play a part to ensure that it is properly managed and sustained to continue to serve all life forms on earth.