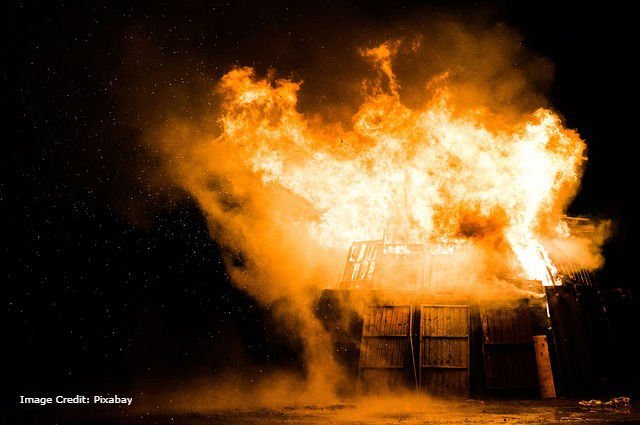 This involved the stealing and subjugation of the African population, from Africa, into the Western world. Many Africans, in a most heinous human rights violation, were forced into slave labor on sugarcane or cotton plantations in the US and the UK. Hundreds of years later and the relations between blacks and whites in these nations are still frayed but in a process of healing. About 12.5 million Africans were shipped to the New World.

Millions of Soviet citizens were either slaughtered or sent to the Gulag under Stalin’s Great Terror. Perhaps what is more concerning about this event is the mass hysteria of anxiety experienced amongst the populace as they were encouraged to spy and give up enemies of the state. It pitted neighbors against neighbors, family against family, friends against friends. Just the scary thought of this human rights violation could make anyone cringe in fear.

Perhaps the worst slaughter that man has committed, in the name of religion, occurred during The Crusades (1096-1291). A call to arms was undertaken to recapture the Holy Lands from Islamic control. It’s estimated that over 1.7 million people were slaughtered during its entirety and that only one in twenty crusaders reached the Promised Land!

The socio-economic context of the Bengal had led to overpopulation and indebtedness in a largely agrarian society by 1943. British wartime colonial policy exacerbated this within the context of on-goings WWII, and The Bengal was essentially neglected, with no state of famine officially recognized. The priority of one race and class of people was prioritized over another, a human rights violation that led to the death of over one million people.

The purging of the ‘savage’ native Indians from North American land in the name of White Americans divine right, through manifest destiny, cost up to five million Native American lives. This violation of human rights and slaughter can also be seen as representing man’s continued destruction against nature.

Declared a safe-haven by the UN during the Yugoslav war, the city, Srebrenica, was disarmed but protected by UN peacekeeping forces. However, these peacekeeping forces proved ineffective as Bosnian Serb forces marched on the city, bussing men and boys to death sites, and raping women. At least 7000 lives were lost in this senseless violation of human rights and slaughter.

The Khmer Rouge regime indiscriminately violated human rights by arresting and slaughtering anyone with connections to the former government, as well as different ethnic groups. This state-sponsored genocide resulted in the death of at least 1,386,734 Cambodians buried in over 20,000 mass grave sites.

The continents of the Americas, within few generations, in a scary and dastardly violation of human rights, were virtually emptied of their native inhabitants – potentially up to 20 million native Americans of the Inca and Aztec tribes were wiped out due to many of the diseases brought over by the Europeans such as smallpox. A generous culture and people were practically erased from the world.

The Roman Empire, for over 600 years, put on a show of unrivaled brutality, forcing prisoners of war, in one of the biggest violation of human rights in world history, to fight each other for the entertainment of the masses. Perhaps the longest and most organized ‘civil’ bloodlust in world history as people’s lives were treated as a game. It is estimated that half a million people were slaughtered in the Colosseum.

It is said, in another case of human rights violation, that the victorious Basil II and his Byzantines, after The Battle of Kleidion between the Byzantines and the Bulgarian Empires, blinded 99 of every 100 Bulgar prisoners of war, leaving only one in one hundred with an eye to guide the soldiers back home.