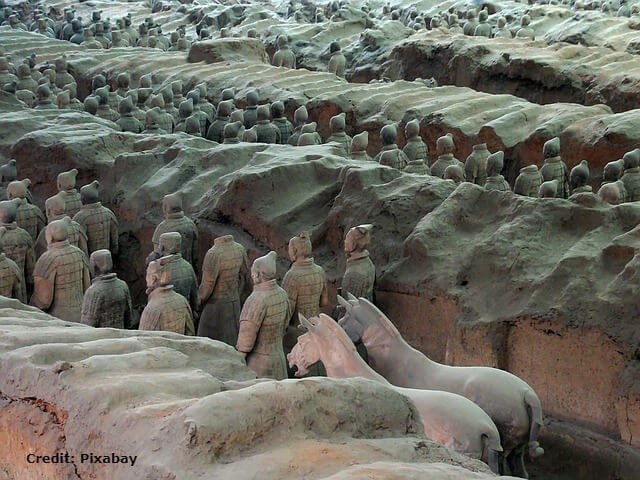 An exceptionally intact tomb, dubbed the Tomb of the Athlete, was found in virtually the same condition it was left in some 2300 years ago in the outskirts of ancient Rome. Inside the tomb four skeletons, three belonging to males and one to a female were found wrapped in ceremonial regalia.

Also found inside the tomb were splendid works of painted ceramic, most of them decorated with intricate motifs and geometric patterns, bronze coins, as well as plates of rabbit, chicken, and goat meat. Other items that were discovered accompanying the deceased were two iron strigils instruments used by ancient Roman athletes during their training.

All the archaeologists involved in the discovery have expressed marvel at the fact that the tomb is so well preserved because it lies relatively close to the surface, barely two meters below ground in some areas.

About the same time as these athletes were being buried near Rome, hundreds of ancient Hebrew Scriptures were being hidden in caves near the Dead Sea.