The New Cool Trends in Phone Design and Development 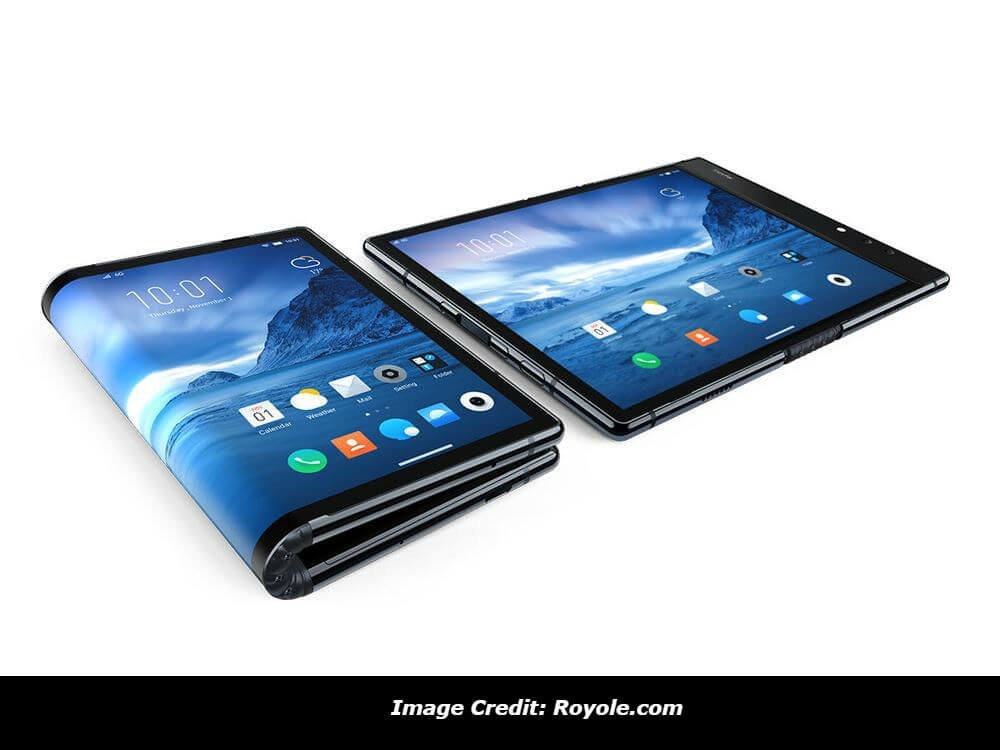 The advances in technology have led and will continue to lead to improvements in products like the smartphone.

Smartphones now have more and better cameras, better displays, better performance, and long battery life to mention these few. And all of these cool features are geared towards making a customer use of the smartphone more pleasant and enjoyable, in addition to increased revenues for the companies.

Yes, you heard right, a phone that can be folded has been developed. This innovation is truly amazing with the ability to transform the screen size of a phone from a typical smartphone size to tablet size and vice versa just by extending or folding the phone. Pretty cool, right!!

In the last few years, there has been an increase in the screen size of smartphones with most regular smartphones having a screen display size of 5 inches or higher. But companies like Huawei, Samsung, and Royole are taking the screen size up a notch with the development of first-generation Foldable smartphones, between 2018 and 2019, which can transition between screen display sizes of 4.6 to 7.3 inches, again, just by folding or extending.

Let’s begin with a list of the foldable smartphones and the makers followed by a few descriptions of the associated phone features and their prices:

The Samsung Galaxy Fold, when extended, has a 7.3 inches Dynamic Active Matrix Organic Light Emitting Diodes (AMOLED) panel with the pixel density of 441 PPI. Samsung makes the best AMOLED panels, which makes it fast for pixels to be activated, and which is one of the reasons why the Galaxy Fold has the best screen in the bunch.

Galaxy Fold is able to run 4 different applications at the same time. Samsung Fold, with a total of 6 cameras, features the triple-camera setup in the back which includes the 12 Megapixel wide camera sensor with one telephoto and one ultrawide sensor. There is also triple-camera setup in the front which comprises one primary selfie camera, one depth sensor, and one cover camera to capture great selfies.

The Huawei Mate X also comes with 7.2 inches AMOLED screen with a pixel density of 346 PPI. And by the way, one can clearly see here that the pixel density on Huawei Mate X is lower than Galaxy Fold. And just like Galaxy Fold, one can also use multiple apps on the screen at a time. The 4 camera setup on Mate X is also pretty impressive, with the 40-megapixel wide camera sensor with an ultrawide and a telephoto camera sensor. Mate X also features the single 24-megapixel camera sensor for crispy selfies.

And lastly, for the folding phone, is the Royole FlexPai, which features the 7.8 inches Flexible AMOLED Screen with a pixel density of 308 PPI. The display quality of FlexPai is not as great as the Mate X and the Galaxy Fold and could be one of the reasons for the lower price tag. FlexPai features the dual camera setup featuring the 20-megapixel telephoto lens and 16-megapixel wide-angle camera.

The prices of these foldable smartphones, at the moment, are relatively pretty high. The Royole Flexpai starts at $1319, Samsung Fold will go for $1980, and the Huawei Mate X will cost one about $2600. But one could also wait for a few years until the prices go down to get one’s hands on them.

Now, as initially stated, these foldable smartphones are the first generations, which implies that with continued advancement in technology, these smartphones will keep getting better with the next generation models. And so it is safe to assume that the future is very bright with unthinkable possibilities for great folding smartphones.

Samsung, not to be outdone in this innovation in phone design and development, recently launched the S10+ with the triple-camera setup, which comprises one primary 12 Mega-pixel sensor, one ultra-wide sensor, and one telephoto sensor. It is also reported, but not officially confirmed, that Apple will adopt the triple-camera setup with its new iPhones in 2019.

The Notch was one of the great steps for smartphones companies to innovate their smartphones and make them bezel-less. By the way, bezel-less means all screen displays with no border frames.

Varieties of notches, since the inception of the notch, have been developed, from big-wide notch by iPhone X to the Large-droid looking notch by Google Pixel 3.

Samsung came up with the infinity-O organic light-emitting diode (OLED) panels which have a minimal footprint and look much better than regular notches. The infinity-O OLED panels also offer the screen to body ratio of 88 percent which is the highest in any smartphone.

Major smartphone manufacturers like Huawei has also jumped to the Infinity-O bandwagon with its Honor View 20 smartphone.

It will be interesting, in 2019, to see if other smartphone manufacturers will follow the Samsung and Huawei approach, or come up with unique new approaches.

Companies like Vivo and Oppo came up with the alternate solution for having true bezel-less smartphones with their Vivo NEX and Oppo Find X smartphones.

These smartphones have pop-up front-cameras. Unfortunately, this setup, though beautiful, is not very durable as pointed out by many technology reviewers. However, these smartphones, which were developed in 2018, is expected to be much better and durable than their predecessors when the second generation of these smartphones are released in 2019.

Huawei also came up with their Slider mechanism, which is more durable then pop-up camera module. It is expected that other smartphone manufacturers will come up with a new way to get true bezel-less smartphones.

Qualcomm, relatively recently, introduced their new triple charge system which offers up to 32 watts for wired charging and up to 15 watts for wireless charging. A normal charger, to put this in perspective, delivers an output of 5 watts.

Many smartphone companies are updating to the 5G, which is relatively new and but could take over the smartphone market by the end of 2019. Well, this is according to the news making the rounds from top smartphone providers

But why is the 5G smartphone such a big deal? The answer is not farfetched when one thinks about the improve speed for uploads and downloads, streaming, resolution, virtual reality and computing power to mention these few over the previous Generations.

Samsung, which is one of these companies fostering the 5G, released the 5G version of their flagship S10. The price, however, is yet to be announced. But one may infer the relative price based on the prices of the regular S10 smartphones. This is expected to be higher than the regular versions, which are already very expensive, could go from $650 to $1600 depending on the model.

Companies like Huawei, Oppo, Honor, OnePlus and Xiaomi are in line to release the 5G versions of their flagship smartphones this year of 2019.

Without a doubt, given the above developments and designs, smartphones configurations have come a long way since the first Smartphones was created in 1992.

And it is anyone guesses of what these current generations of smartphones will look and function like projecting 10 years ahead and given the current pace of development.

Keep up with this writer, on the efor-real platform, to know what the future might hold next in this sector.