10 Unique Things That We Have All Noticed 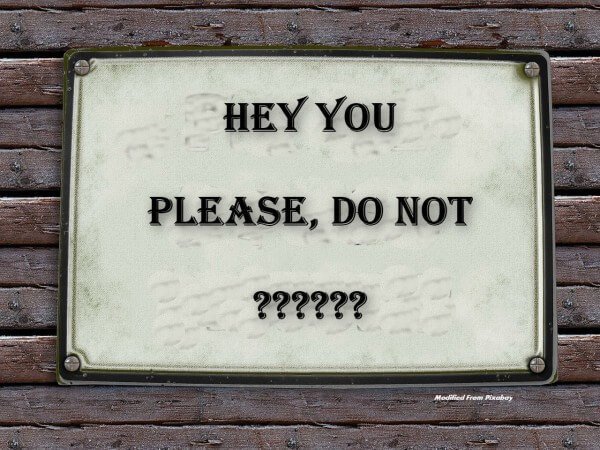 Whether you are the type who keeps a solitary lifestyle, or perhaps you are the outgoing type that everyone wants to hang out with, well, as long as you are alive, you must have experienced, at least once, these unique things that for example, could make you angry, fill you up with regrets, or that could make you come off as a hypocrite to mention these few.

These post will discuss a couple of these unique things. Happy reading

A survey of 76 people seems to indicate that this happens to everyone. Have you ever noticed how difficult it is to figure out something when faced with a problem, such that you go around seeking advice for a solution to the problem?

But it is so easy to offer solutions to the issue when it is someone else’s problem. Take for instance, in the case of a friend that may be experiencing a behavioral issue with another friend, and needed a solution on how to resolve the issue.

And then, walks in a relation/a friend, who is privy to the issue, with pieces of advice on how the situation could have been handled if the said problem had happened to them, trying to show off how smart they are, and forgetting that sometimes, it is easier said than done to adopt or implement such advice(s). And in most cases, second thoughts to an action, when the situation has passed, is usually always the best course of action relative to the action taken during the said situation.

Have you also realized, as a follow up to the first topic, how easy everyone wants to give advice but only a few to no one wants to accept or follow a piece of advice?

And these advice givers/ arrogant people, who feel that they are so smart, or at least smarter than you, would voluntarily want to offer advice(s) even when it’s not asked for. And they do this as if they have experienced or can truly relate to what one is going or have been through.

But the same people, being the hypocrite that they are, won’t even follow their own advice if they found themselves in such situations.

Have you ever cursed at someone or something, at least once, for no reason, on your way to maybe an important appointment?

I know that I have, shouting in my car at how slow the other person is driving. I have also cursed at the traffic stop lights for not changing fast enough even when it is working as it should be. But, acknowledged, even on a normal day, there are some traffic stop lights that are unusually very slow or change too fast or both.

The truth is that a round trip back home always seems to be faster than going to a new place.

Fortunately, research has made it possible to understand what is happening with the round-trip effect.

People will often feel that a return trip takes less time than the same one-way trip, even if it is not the case. Niels van de Ven, a psychologist at the University of Tilburg in the Netherlands, says that “backtracking seems shorter because it’s more familiar, allowing people to recognize landmarks. And that could increase the feeling of speed, a function of how fast one is traveling.”

5) Time seems to go by too fast when having fun

Why does time seem to go faster when you are doing something that you like, and more slowly when you are bored? This fact has given rise to a popular saying that one has probably heard many times: “Time flies when you have fun.”

Psychologists, who have studied this phenomenon, have confirmed that people actually perceive time differently according to their mental state and the activities in which they are engaged. For example, when you’re bored, your mind is not busy and it’s going to wander aimlessly. This could result, for examples, in one watching one’s stopwatch as one thinks about how much time one has left before one can do something that one prefers to do.

On the other hand, one’s mind tends to be fully focused on the pleasures that one is experiencing when one is happy to participate in an activity that one likes. And one does not worry about the time as one enjoys every moment as it last.

6) We worry a lot about the things that can’t be gotten back or be undone.

Some of these things are money possessions, time, effort, and actions that have already been used or taken and cannot be undone.

So, in essence, it is something of value to us that is basically gone forever. For example, an unrefundable purchase that was made; selling a property and realizing that it was undersold; the regret of going to an event; and not buying or selling a stock at a particular time to mention these few.

And one of the main reasons that we cannot ignore them is that we feel more at a great disadvantage after losing them. But so what!? Why not learn from these experiences and move on, as they are part of what makes life an experience.

7) Some people do not respect others but want others to respect them?

They will disrespect you in any way that they can, and probably because they see one as inferior to them in many regards like having more money, ethnicity, educational level, and physical attributes to mention these few. But when you give them a taste of their own medicine, it is like the world is coming to an end for them.

These folks tend to be angry at everyone for taking away their seeming control. And also angry that they weren’t strong enough to hold onto the control. And because of these and many other reasons, they burst out in anger and demand respect.

8) Everyone seems to want to be a leader instead of being a follower.

This begs the question: “can everyone be a leader?” The answer, of course, could be a yes or a no depending on the situation.

No, if one defines the word “leader” as a person holding a position of authority, in an organization, who manages a group of people. Then, in my opinion, not everyone can become the leader as certain criteria must be met to attain such a position. Having said this, in this situation, most will be followers.

However, everyone can be a leader in their field of specialization, where expertise can be offered to anyone interested in learning from a specialist. And one of the ways that people learn from these specialists is by following them on social media platforms. Ever wondered why almost everyone on social media platforms, like Twitter and Facebook, have followers no matter how small?

But the truth be told is that many folks want to be leaders given all the benefits, including monetary gains, associated with being in a position of authority or with having huge followership on social media platforms.

9) It’s common for some people to put themselves first before others.

Most people, according to some psychological belief, especially in this rough world, consider themselves first before thinking of others. But there are some exceptions to this, especially if they are relations or friends that one cares for, or they belong to the same ethnicity or nationality.

And this is one of the root causes of the many problems that we now have in society. Take politicians, for example, they will embezzle money meant for the public to enrich themselves and their families, or they would place friends and relations in high places whether these people are qualified to be there or not. And this is all to the detriment of society.

And in other cases that relates to ethnicity, even when someone is wrong in a given situation, an ethnic group might bound together to protect said individual from the justice that is so rightly deserved. Or they may vote, into a position of authority, along ethnic lines for a person who is so unqualified hoping that said person would pursue their interest.

10) Most folks rationalize purchases that they don’t want

Yes, most of us are guilty as charged for doing this. How many times have you returned home, after a shopping trip, to be less than satisfied with some or all of your purchases, and then you begin to second-guess yourself, or find fault / perhaps a reason to have the purchase returned?

Some of these reasons could be: maybe you did not really want it after all, or maybe you thought it was too expensive or that shoe seemed too tight, or that the dress does not go well with a shoe to mention these few.