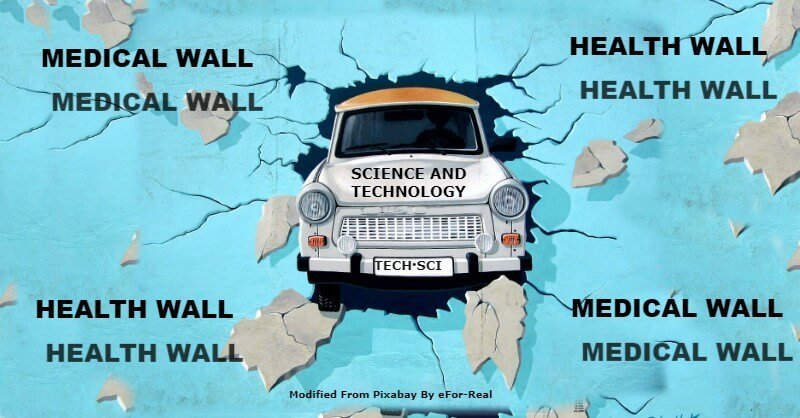 The last 2 years has been fraught with a number of impressive medical and health breakthroughs and advances, which also includes those at testing stages. And this is all thanks to the improvement in science and technology.

This post will discuss a couple of these medical breakthroughs and health advances starting with those made possible with the CRISPR gene editing tool.

Scientists made one of the biggest breakthroughs in medical sciences by using the gene editing technology, called CRISPR, to make about 13,200 genetic changes in a single human cell while keeping the cell alive. This discovery could lead to the engineering of new species, and to the mass removal of unwanted genes like those associated with the human papillomavirus (HPV).

Scientists in Portland, Oregon, using the same DNA editing technique, CRISPR, have achieved another breakthrough. They have successfully edited a human embryo to delete the genes linked to heart disease from the embryo’s deoxyribonucleic acid (DNA).

The Wake Forest Institute for Regenerative Medicine has made major strides in the field of regenerative medicines. They have been successful in the development of methods to artificially grow human tissues. And they are working on developing full human organs. Scientists and doctors, If these methods are successful,  will one day be able to repair nerve damage and even grow entire limbs and organs.

Physicians at the Children’s Hospital of Philadelphia have created a fluid-filled bed that serves the purpose of an outside womb. The artificial womb is said to have grown a Lamb for weeks.

Hopefully, the device can be used on humans, enabling the reduction in deaths from premature births.

A research team from the University of Tokyo have developed a semiconductor technology, which when applied to the skin can read all the body vital signs and display them on a thin plastic material laid over the skin.

The device display is made up of micro LEDs that also shows the heart rate. The device can also send all the body data to a smartphone or even to one’s medical professional.

Researchers at Stanford University announced that they would soon begin their first human trials of novel cancer therapy. The subjects, 15 lymphoma patients, would be treated with the therapy shots.

They have previously tested this treatment on mice, and it was able to eliminate all traces of cancer and prohibit metastable build-ups.

US Department of Defense has been funding research on a new pacemaker device. The pacemaker, for the human brain, can boost the memory of patients suffering from epilepsy, Parkinson’s and Alzheimer’s disease.

The pacemaker operates through electrically generated stimulations in the deeper parts of the brain to help recover and boost memory. This technology can have other numerous applications but, at the moment, it is only used in targeting patients with neural problems.

Birth control pills, recently, have been introduced for males and the pills seem to get a lot of public support and attention. These pills work by reducing the sperm count in males, which would, in turn, decrease the chances of birth.

Researchers at Harvard Medical School have created a contact lens named ‘Theraoptix.” The contact lens works by slowly releasing medication when worn. This contact lens can help in the treatment of various eye diseases like glaucoma. It could also help to improve eyesight.

A team of student researchers from Tufts University School of Engineering has developed a sensory device, which can track all your dietary consumption when placed on the tooth. The device can monitor important data such as your sodium, glucose and alcohol intake, and can also transmit this data to one’s smartphone.

Researchers from Australia’s RMIT University have developed an ingestible sensor that can go inside the stomach and keep track of gases. This device has given doctors and scientists a better insight into the digestive system, which was previously impossible to achieve.

One of the most amazing inventions of recent years is the heart rate sensors placed in smartphones and smartwatches. A new breakthrough, in similar regard, involves placing an Electrocardiogram (ECG) sensor in smartwatches.

This technology will help keep track of a person’s ECG and would be able to predict if the patient has too much or too little potassium in the blood and is at risk of sudden death.

The technology is still pending the Food and Drug Administration (FDA) approval.

Biopsy, which is the process of removing tissue from a living body to discover the presence or extent of cancer in humans, may have also been enhanced. That is, with technology like liquid biopsies, physicians would be able to diagnose cancer at a much early stage when it is most easily treatable.

Scientists have developed an alternative to stitches and staples after a surgery. The new alternative, which was inspired by imitating the way that mucus is secreted by slugs, is referred to as surgical superglue.

The material used was titanium powder with rough surfaces and porous structure so it can blend into the human bone structure.

The great news is that the FDA has cleared two of these implants this year to be used in various spinal surgeries.

DNA scientists have recently developed a new technology called CAR T-cell therapy customizers. This therapy works by collecting blood from patients. The immune cells/ T-Cells, in the blood, are then genetically modified to kill the patient’s cancer cells before infusing the blood back into the patient.

Researchers in London have found that small amounts of tideglusib, an Alzheimer’s drug that promotes the growth of dentin can be used for tooth repair. Dentin is the material under enamel that repairs teeth and jump-start tooth regeneration.

A California based company has recently developed a bionic eye that can help blind people restore their vision.

The bionic eye uses cameras placed in the patient’s glasses, which take an image and transmit it to the patient’s retinal implant thereby helping them see. The US Government has already approved this technology.

Mitochondrial replacement therapy was instrumental in the birth of the world’s first baby using the three-parent technique.

Doctors, in this technique, created an embryo by using a nucleus from a mother’s egg, which is then placed into a donor egg, and then fertilized with the father’s sperm.